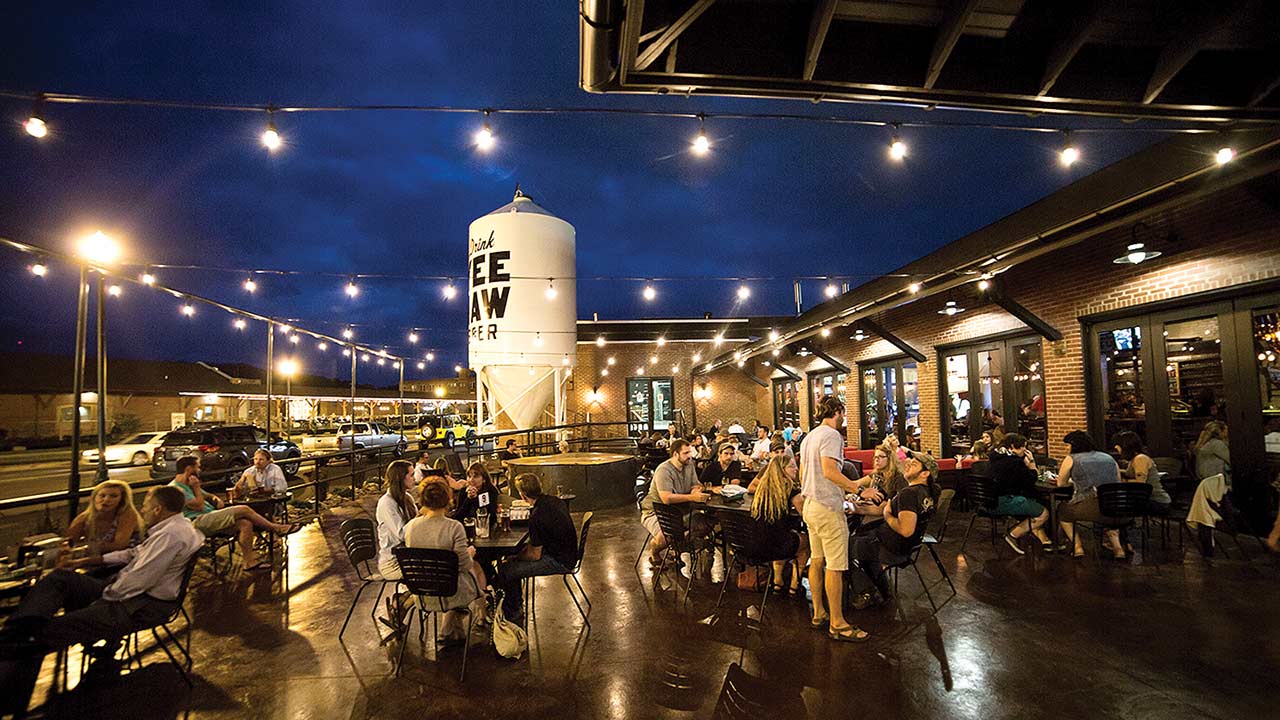 A bolt of lightning strikes the ridgetop as a thunderstorm stalls atop Sam’s Top, which is part of the towering border between North Carolina and Tennessee. The churning clouds and hazy mountains blur together with a faint glimpse of sunshine in the gap between sky and earth. I notch the bike’s windscreen to its highest position and decide to forego stopping to put on rain gear, choosing instead to enjoy the cooling effect of the inevitable downpour on this hot day.

Pressed onward by a primeval urge to explore the land beyond the horizon, I tuck in closer to the bike leaving as little surface area as possible vulnerable to wind and rain. It only last for a couple of miles until I descend the spine of the Appalachians. The native inhabitants called this place “unicoi,” meaning hazy or cloudy place, a title befitting this region north of the Smoky Mountains in the northeast corner of Tennessee. Reaching the sun-filled valley below, I roll into the quaint town of Erwin, Tennessee, the first outpost of civilization you reach after emerging from the rugged borderlands.

“Unicoi County is one of the prettiest places in the world, I believe,” said Amanda Delp, executive director of Unicoi County Chamber of Commerce. “The mountain views within the community are just spectacular. I think any motorcycle enthusiast would just be in awe of our mountains, and we have so many back-country roads that are perfect for a long ride, a short ride, a weekend getaway. Once you’re here in Unicoi County, once people come in to Unicoi County, I think they fall in love with it.”

Strolling along Erwin’s well-kept streets, a vibrant collection of shops with freshly painted exteriors welcomes visitors. It’s a pleasing sight given how many small mountain towns become virtual ghost towns once history passes them by.

“We have the beautiful downtown. We began downtown revitalization about 10 years ago,” Delp said. “All of Main Street was completely revitalized, new sidewalks, new infrastructure, period lighting with beautiful lamp posts, upgraded signage. It’s made downtown more conducive for foot traffic. We’ve seen a lot of businesses move into downtown as a result.”

“The county was built up around the railroad, the Clinchfield Railroad,” she said. “We were a railroad community up until a few years ago and still have the tracks that pass through here. And we’re also home to Blue Ridge Pottery, which was made here in the ‘40s, ‘50s, ‘60s. It was hand-painted pottery. Women from this community painted these beautiful pieces of pottery. They were distributed all over the world and now they’re collector’s items and people come here from all over the world to collect them.”

On the first weekend each October, the Unicoi County Apple Festival attracts thousands of visitors along with 350 food and craft vendors, music and entertainment on two stages, along with other events and contests. “It’s a huge, huge weekend for everyone,” Delp said.

The road beckons me toward Johnson City, the largest of the Tri-Cities, but I choose to meander along the scenic Nolichucky River for a bit. Route 107 follows the river out of town, so I ride along the rocky banks until I find Arnold Road just before a bridge crossing. Turning north, this takes me to Dry Creek Road, where I follow the aforenamed tributary through the western edge of the Cherokee National Forest. Traffic is non-existent and the woods shade the road from the midday heat. Dry Creek flows next to me and a sign for ATV trails tempts me, but my goal today is to explore a few more of the “Southern Dozen” motorcycle roads near Johnson City.

“With the curves and the beautiful scenery, it just is a rider’s paradise,” said Brenda Whitson, executive director of the Johnson City Convention and Visitor’s Bureau. “This is where you come to ride. You’re not riding interstates all the time. You’re on the backroads and you can decide for yourself if you want something slow-and-easy or do I want something a little more challenging.”

Johnson City enlisted the advice of area motorcyclists when they created the Southern Dozen, a collection of interesting rides to historic or scenic spots across the Tri-Cities area. It developed from the city hosting its first HOG rally in 2006 and tourism officials have plans to expand and improve the campaign.

“It has been incredible the success we’ve had with the brand,” Whitson said. “From that first HOG rally, there has been countless groups, Suzuki groups, Yamaha groups, old motorcycles and of course our biggest was when we hosted BMW. We had over 9,000 people here. Typically, we see about three rallies of some sort. Now we have cars because they like the same thing. They want those curvy roads, they want the beautiful scenery and great photo ops. This September, we will be hosting the GEICO Built to Ride event. It was the old Hot Bike Tour. We will be the finale.”

I grab lunch at Main Street Pizza in downtown Johnson City, something that’s become a bit of a tradition for me whenever I pass through these parts. Looking out the big windows, I admire the redevelopment underway with new restaurants and breweries opening since my last visit. The burble of bike’s exhaust spurs an involuntary reflex to look up. A café racer cruises past, perfectly styled amid the backdrop of old brick buildings.

“I think the beauty of Johnson City for motorcyclists is that we’re very accepting of motorcycles,” Whitson said. “Our people, our hotels, will do some added things to make them feel more special, wash stations and things like that. The restaurants and bars in the downtown area love it when they come to town. You top that with the great roads that we have.”

Checking the Southern Dozen website, I decide to take the lower half of the Top of the Roan route. The great thing about these rides is the ability to sample parts if time prevents you from doing the entire loop. I head southeast to the town of Unicoi, stopping at the picturesque covered bridge at Farmhouse Gallery and Gardens before taking Route 107 east into the Cherokee National Forest. The road is an old favorite, offering tree-lined twists up into the forest. There are paved pull-offs, where I stop for a road-side break and watch all of the fellow motorcyclists ascend and descend the mountain road leading to Iron Mountain Gap and the state line.

More than once, a considerate biker will gesture to me to see if everything is OK. Yes, it is. Everything is fine, the bike, the rider and especially the open road.